What is Wrong With the South 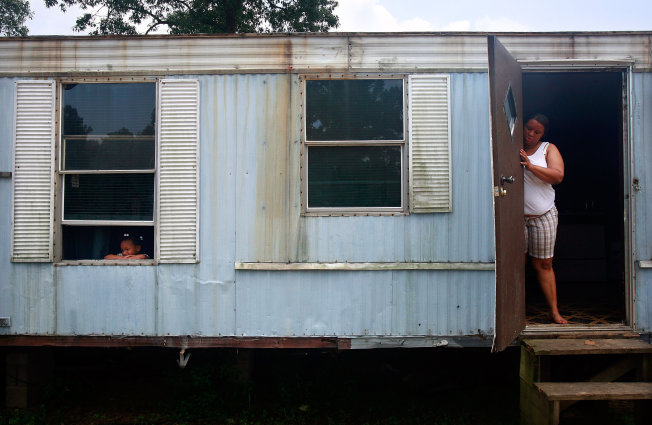 The national poverty rate declined to 14.5 in 2013 from 15 percent in 2012, the first time it’s fallen since 2006. But the picture is far gloomier in the South, which at 16.1 percent, had the highest rate of all four regions of the country.

The southern poverty rate has declined since 2012, according to the latest figures from the Census Bureau, but so, too, did the rate in the other regions, and the South’s declined by the fewest percentage points. Additionally, the South was the only region that experienced a decline in real median wages from 2012 to 2013.

Income inequality is markedly more widespread in the South. The map below measures inequality by each state’s Gini coefficient, which ranges from 0 to 1. Zero indicates perfect equality and proportional distribution of income, according to the Census Bureau’s report on income released Thursday. One means total inequality, where one social class has all the income and the rest have none.

Poverty among children is also endemic in Southern states: Twelve of the nation’s top 15 states with the highest child poverty rates are in the South, according to an analysis of Census data by the Children’s Defense Fund. “Child poverty is a moral blight on America,” Marian Wright Edelman, president of the Children’s Defense Fund, wrote in a statement Thursday. “Children of color and those under six during the years of rapid brain development are the poorest. Five years into the recovery poor children in the majority of states still have not benefited.”

Under the Affordable Care Act, the share of Americans without health insurance has reached pre-recession lows. But the majority of Southern states, at least through 2013, continue to have higher rates of people without coverage than the national average. Most Southern states are using the health insurance Marketplace and are not implementing the Medicaid expansion, leaving a gap in coverage for low-income adults who don’t qualify for Medicare or make enough to earn tax credits for coverage under the Marketplace, according to the Kaiser Family Foundation. Further, Southerners are more likely than people in other regions to have chronic illnesses and other poor health outcomes.

The gender-wage gap is more widespread across the country, but the biggest pay discrepancy between men and women is in Louisiana, where women make 65.9 cents for every man’s dollar. That gap is more than 3 cents higher than in Wyoming, the state with the second biggest wage gap. Right after that is West Virginia, where women make 69.4 cents for every dollar a man makes, according to a National Women’s Law Center analysis of the new Census data.

These states underscore occupational segregation at play, says Kate Gallagher Robbins, senior policy analyst at the National Women’s Law Center. The energy industry is a major, high-wage employer in states like Louisiana and West Virginia. But those highly-physical jobs are dominated by men, leaving women to rely on lower-paying service-industry jobs instead.

“Some of the states that have these large wage gaps also tend to have an over-representation of these types of industries that are relatively well-paying and that women have traditionally not been a part of and not really been welcomed in,” Gallagher Robbins says.

The difference in poverty rates among men and women are pronounced in the South. The poverty rate among women is as much as 7 percentage points higher than men in Mississippi.

Part of the reason for this, Gallagher Robbins says, is the fact that many of those states have the lowest minimum wages, and women make up two-thirds of minimum wage workers overall.

Lindsey Cook contributed to this story.